On February 16, the “Menorah” cultural and business center hosted the awarding ceremony “The best sports achievements of the Dnipro-2016”

The event took place in our city for the eighth time and became a traditional holiday. The awards were given to the best athletes, coaches, federations, physical education teachers and sports schools. 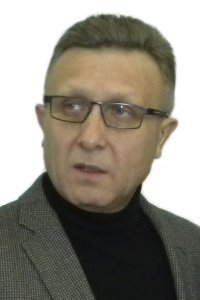 “When determining nominees, sport achievements were taken into account, as well as the contribution that sports federations and societies make to the development of physical culture and sports in the Dnieper. We reward the best of the best. For them, these are deserved awards and titles. After all, these people have made a significant contribution to the development of city sports. The selection was very thorough, because everyone understood that many of our athletes deserve our awards, “said Alexander Shikulenko, deputy mayor of the Dnieper.

This year the contest had 13 nominations and 38 contenders for the title of the best. The laureates were selected by a special commission. It included coaches of teams for various sports, chairmen of federations, directors of the sports school, sports journalists and residents of the city.

Sportswoman of the year – Olympic rowing champion Anastasia Kozhenkova;
Athlete of the year – Honored Master of Sports in fencing Bogdan Nikishin;
Coach of the Year – Honored coach of Ukraine in judo Vitaly Kharlamov;
The leader of sports of veterans – the master of sports, the multiple world champion in rowing on kayaks and a canoe Michael Shevchenko;
Sports event of the year – Dnipro Eco Marathon;
The strength of the human spirit is the master of sports of Ukraine of international class in swimming among athletes with lesions of the musculoskeletal system Denis Dubrov;
Sports school of the year – a specialized children’s and youth sports school of the Olympic reserve number 5 named. Nikolay Govorunov;
Patron of the Year – Mikhail Koshlyak, Alexander Petrovsky, Valery Kondratiev, Alexei Martynov;
Sports Federation of the Year – Federation of Athletics;
The competition of the year is the open European Championships in water skiing;
The best teacher of physical education is Evgeny Fedorenko (school # 28);
Team of the year – basketball club “Dnepr”.

Our Association congratulates winners of all-Ukrainian and international tournaments:

Also, with the assistance of the International Solidarity Charity Fund, our guest from Angola was awarded Alberto da Silva Prince, a student of the National Metallurgical Academy of Ukraine, a pupil of Maxim Vyacheslavovich Maximov who is a repeated prize-winner and champion of the Dnipropetrovsk region in the Greco-Roman wrestling in the weight category up to 80 kg.

“The same day, I received not only a gift, but also received motivation from the coach. Thank you very much “said Alberto da Silva Prince