Jean-Beleniuk, a Ukrainian Greco-Roman wrestler and deputy of the Servant of the People, told Tribuna.com which language he is comfortable in speaking. 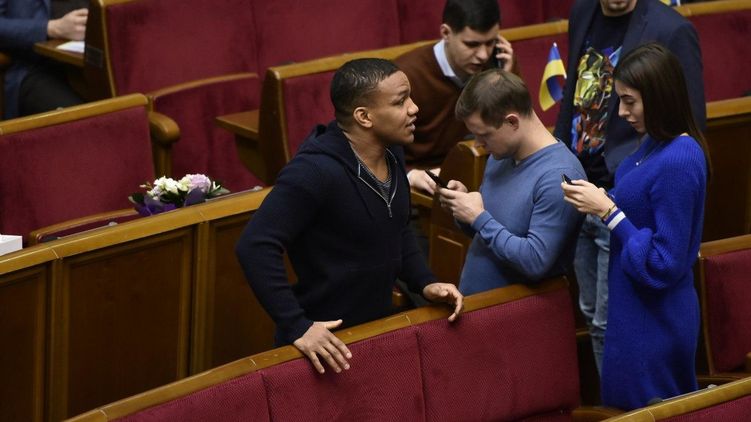 “I live in Ukraine, I know the Ukrainian language well, I can speak it. But in my communication, everyday life, I use the Russian language. I do not want anyone
deceive, pretend to be a person who deliberately speaks in public, in social networks in Ukrainian, supposedly flirting with the topic to whom it would be
pleasantly. I want to be as sincere as possible in this regard.

I speak Russian in everyday life – so I speak it. When I’m in a formal setting, where I legally have to talk
in Ukrainian, I speak it there. I don’t know how such questions can come up. I went to a Ukrainian school, studied in Ukrainian, normal
I communicate. But that is not the question. But in my personal life I use Russian, that’s all.

When they start to speak Ukrainian with me, I always switch to Ukrainian. But when everyone around speaks Russian, you talk all your life
in Russian, then I do not see the question of which language to speak. I am more comfortable speaking Russian in a Russian-speaking environment. I have no
adherence to principles. It’s not difficult for me to switch to Ukrainian if I hear a person speaking it. Although I constantly have to translate from Russian,
I think in Russian. But I do not see this as a problem.

If people were moving like this, communicating, then we would have much less questions about the language. My English teacher said: how much
you know languages ​​- so many times you are a person. It is good to know different languages, communicate in English, Russian, Ukrainian, Italian. But how do i
communicate at home – only I decide.

I don’t want, like some presidents or officials, just to please the public, now it’s a trend to make myself a Ukrainian-speaking person,
show it, and speak Russian at home. I won’t do that. My area of ​​activity is sports. I achieved certain results, me for it
can be respected. And someone will like it because of the constant communication in Ukrainian, despite the fact that I am more comfortable in speaking Russian, I do not see this
logic.

I don’t understand the people who constantly write to me about this. What do they want to achieve? Everyone should watch their life. The main thing is to know and understand
Ukrainian language. Previously, such questions did not arise at all. The national team of Ukraine is people from various regions of Ukraine. Someone from the West, someone from
East, someone from the Crimea, from Kiev. We are all together at a gathering, we communicate. Russian speakers understand Ukrainian speakers and vice versa. It is not at all
no marker of love for the motherland, ”said Beleniuk.